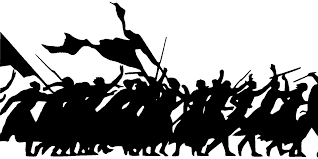 Little Christmas, as it used to be known,
January 6 of the Julian Calendar,
though who remembers why?
What irony that on the day of the Epiphany,
when the newborn Christian savior was revealed to three wise men,
the U.S. Capitol was assaulted by barbarians
in the name of a deceiver!
Some were simply servants of the Lie,
others, ignoramuses, but there’s no excuse
for their attempt to nullify
the votes of millions.

In the year since then, I haven’t heard
a public comment that relates the ancient feast
to that event, when instead of
bearing gifts to honor Baby Jesus,
insurrectionists bore arms.
No preacher that I know has spoken out about
what seems to me equivalent to desecration,
but then, I’m not a church-goer,
having long ago chosen poetry as a means
to preserve myself from hypocrisy.

I take personally the violence of that day.
I’m American by birth, and though that
might mean I’m constitutionally naïve,
historically I’m astute: I remember how
the Reichstag Fire was both a premise and a prelude,
and what’s worse, that preceding it
the Nazi cause had traction with so many.
How near are we in 2022 to truth about
the machinations of our homegrown fascists?
Are people so inured to video distractions
that when they watch on live TV a terrorist attack,
they won’t believe their eyes?

Think on 9/11 and the incredulity at first, then grief
then anger that gave way to injudicious war.
Think how propagandists led the ignorant astray.
That my country can’t agree on what occurred
on 1/6/21, and why, is a tragedy.  An epiphany.