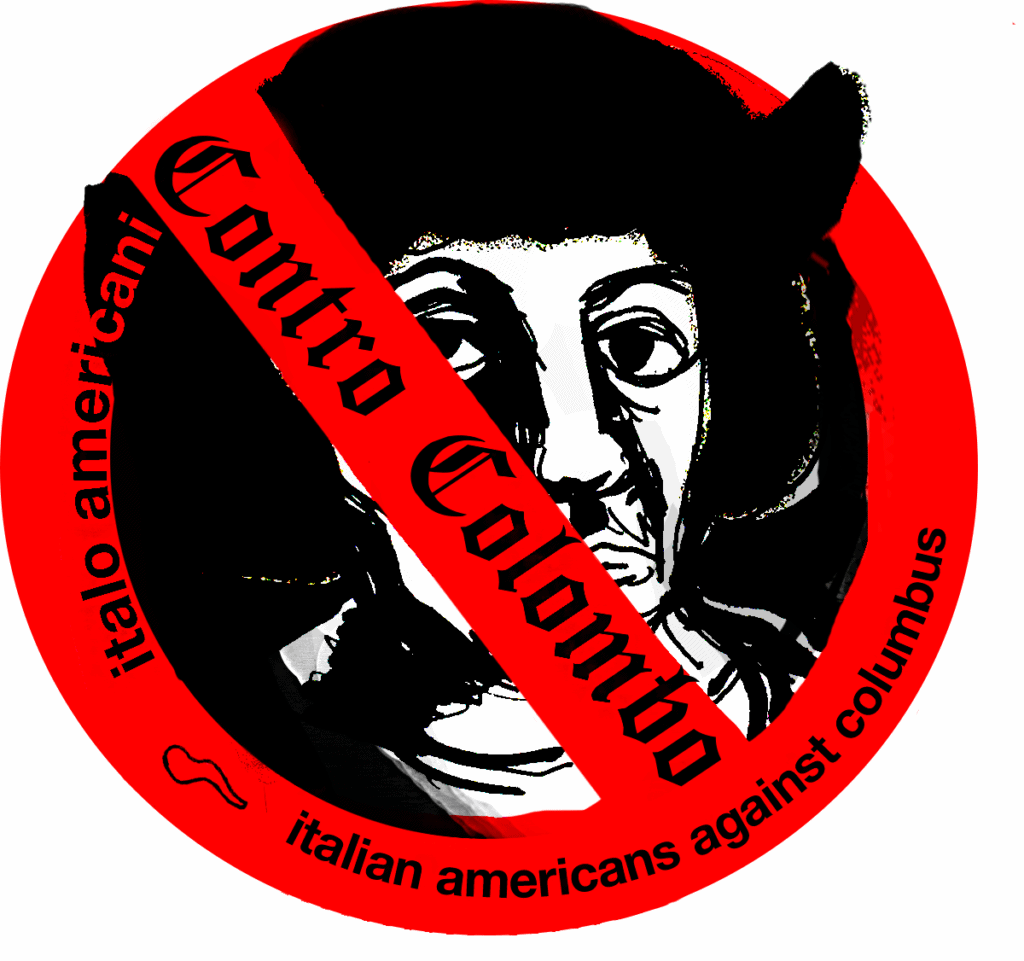 by Samantha Pinto and Jeanne D’Angelo, in collaboration with the forthcoming Philly Radical Italian Network

For too long, mainstream Italian-American organizations have claimed to speak for everyone in our community, framing critiques of figures like Columbus as attacks on all Italian-Americans. These organizations ignore those who work in solidarity with Black liberation and Indigenous self-determination movements as well as the racial and ideological diversity of the people who make up the Italian diaspora. Many of us support the removal of all public monuments devoted to symbols of white supremacy and violence, like Christopher Columbus and Frank Rizzo. These conversations have been reignited by the recent protests in Philadelphia in response to the murders of George Floyd and Breonna Taylor, as well as nation-wide calls for the removal of Confederate statues. The response to the protests and the potential removal of racist monuments among some Philadelphians from our extended famiglia has been disturbing.

In the initial days following the protests, groups of armed white vigilantes began “protecting” neighborhoods and businesses throughout the city. The Italian Market chose to hire private security to protect the Rizzo mural on 9th Street. On June 14th, a social media rumor spread that protestors were plotting to remove the Columbus Statue at Marconi Plaza. A group of white vigilantes—mostly but not exclusively Italian—descended upon the South Philadelphia park where they threatened and assaulted counter-protestors and journalists in plain view of the police. For almost two weeks, crowds continued to gather at Marconi to “defend” the Columbus Statue.

While many claim that Columbus Day was created to honor our community as a concession for anti-Italian discrimination in the U.S., the fascist underpinnings of the holiday are often ignored. In 1892, President Benjamin Harris made a proclamation encouraging Americans to celebrate the 400th anniversary of Columbus’s expedition. Some interpret this move as an olive branch to Italian-American communities after the lynching of 11 Sicilians in New Orleans one year prior. In the 1920’s and 30’s, the Fascist Party in Italy courted Italian immigrant communities abroad, which they considered “colonies” of the Italian state. The Fascists and their sympathizers in the U.S., such as media magnate Generoso Pope and The Order of the Sons of Italy, whose leadership helped organize the first U.S. Fascist convention in Philadelphia, as well as the Catholic Knights of Columbus, lobbied to make Columbus day a national holiday. Eventually, FDR declared it as such in 1937. While the elites of Italian American communities, often known as prominenti, have adopted a narrative that glorifies settler colonialism and genocide of indigenous peoples, they do not speak for all of us.

Similarly, some decry the removal of the Frank Rizzo statue in Thomas Paine Plaza and the Italian Market mural as an attack on the Italian-American community. We disagree. Rizzo was one of the architects of racist policing in Philadelphia. As Police Commissioner from 1967 to 1970 and Philadelphia Mayor from 1971 to 1980, his legacy is one of terror for Black, Brown, and LGBTQ Philadelphians. Today, too many white Philadelphians choose to imagine that in this period people felt “safe” in our city.

This culture can still be seen today, most recently in the protests where police beat protestors over the head with batons, pulled down peoples’ masks to mace them in the face, and tear gassed protestors on I-676 and a whole neighborhood on 52nd St. There are also decades of similar acts, unfilmed and unseen, of intimidation, surveillance, policing and incarceration committed against Black Philadelphians.

For too long Italian Americans have been some of the loudest cheerleaders for this brand of racist policing against our Black, Brown, Indigenous and non-white Immigrant neighbors. We have been eager participants in American white supremacist culture, in order to access the security and rewards of whiteness in America. This is a betrayal of our own histories. Our ancestors brought with them radical traditions of struggle and recognized the inherent inhumanity of racism, often enthusiastically joining the fight against it. We have a duty to reject any attempts to use our culture as a weapon against oppressed people everywhere. We need to mobilize our community to support movements for justice.

We affirm and uplift all the demands of Black radical organizers including their demand to remove all monuments related to state violence against Black, Indigenous, and Brown Philadelphians. Because of our community’s part in the installation and preservation of some of the worst of these monuments, we unequivocally support the work of Black activists, such as Philly R.E.A.L. Justice and Black Lives Matter Philadelphia to remove monuments to Rizzo. Likewise, we support the work of groups like Indigenous 215 who have advocated for monuments to Christopher Columbus to be removed as well. We are committed to the fight to do so.

In this moment of collective grief, rage, and action we look to our ancestors—peasants, workers, immigrants, rebels, partisans, and labor organizers—for guidance on how to fight for justice. These are our heroes, not the prominenti who claim monsters like Colombus and Rizzo as figures who represent the best of Italian Americans. We encourage our paesani to learn the history of Italian radicalism, in both Italy and in the Italian Diaspora, and to join contemporary struggles for liberation.

You can sign on in support of this letter here.